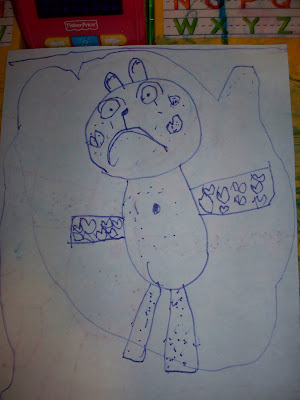 Moira drew this, one of her many creations. It's an angry polar bear in case you couldn't tell. 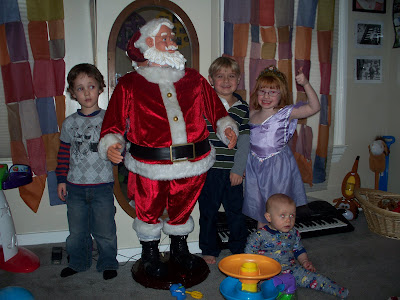 Moira and her boyfriends Denison and Davis. She changed about 10 times before they got here and kept wondering who would think she was prettiest. 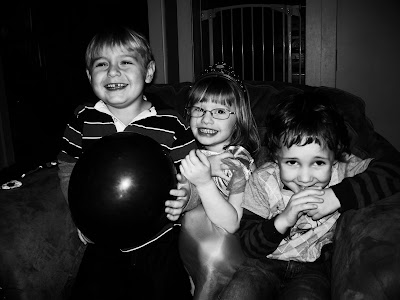 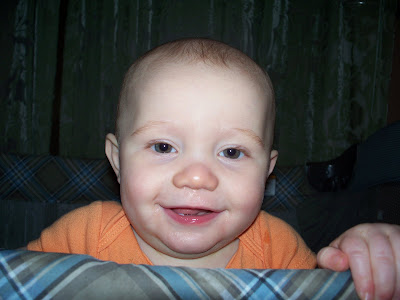 Can you tell what color my eyes are? My mommy can't!

The other day we went to the the indoor play area at the community center. I head Moira tell another little girl "That's my brother. We call him G-man". Also, she decided on the way there that she was going to tell all the friends she would make that her name was Sally b/c that is "more fancy". So funny b/c we go there and some little girl came up to make friends and asked her what her name was. She said "My name is Sally" and I heard the other little girl calling her that as they played. Then she came up to me and said "I decided I am going to tell people my name is Alison" but couldn't find a friend to tell that one too. ????
Moi had her Christmas program at school today. It was funny. They did an obstacle course (not sure what that has to do with the birth of Jesus) then they sang some songs. She got to sit next to her best friend Carly. Carly plays Max & Ruby (bunny show on nick jr.) with her so they have really bonded. Moira is really into drawing these days. She spends hours a day just drawing pictures. She is pretty good! Really good actually. Today she made a book complete with a story line and taped it all together.

So I am going to brag here. Grady is up and cruising along the furniture. He will take a step from the furniture to me while holding my hands. He says "ought oh" on command and at appropriate times. He says his word for ball which sounds like "doll". Chris took the kids to a museum Saturday and they had a ball room and he was going crazy saying "doll! doll! doll!" He says it anytime he sees one. You never realize how many balls are in your house until you have a little man pointing them out to you. He calls balloons balls too. He also says "ma ma" and "da da" not on command but frequently in the right context, especially ma ma. Sometimes he says mom. Also, on Moi's learning desk there is a song about animal noises and I noticed that he was roaring along with the lion sound. I say "up" when I pick him up and he makes the "p" sound back to me. He says "I" for hi. He is very verbal, I must say. He does the sign language for "all done" when he is doing eating. He loves to smile back at everyone and I even saw him smiling at the poster of the lady holding the cheese its in the grocery store. Such a happy guy. Loves Chris, and it's so nice b/c he will let him hold him all day long. Such a relief and help for me!
Posted by Meg Hogan at 6:31 PM