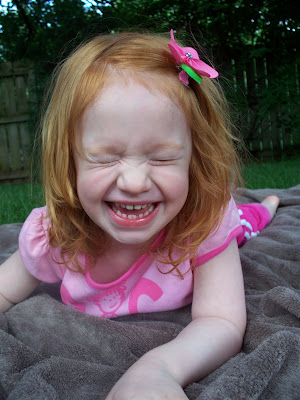 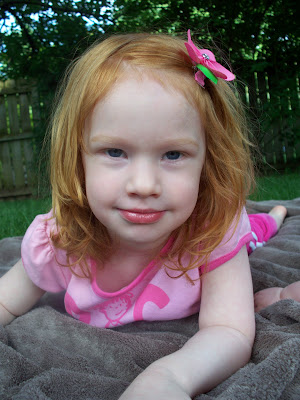 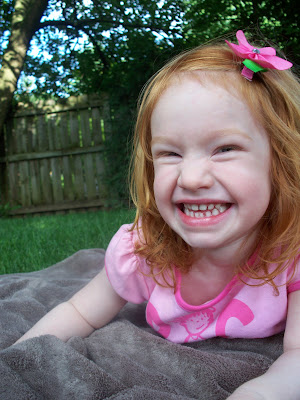 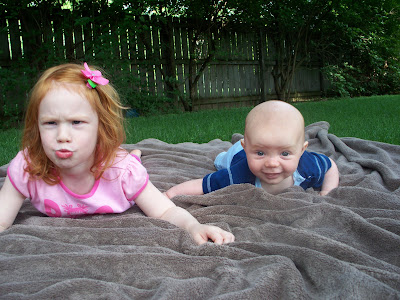 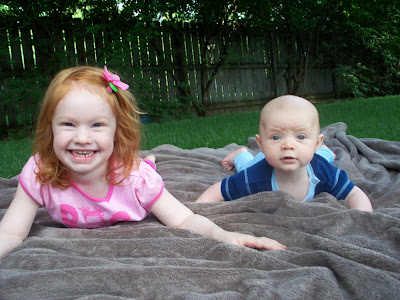 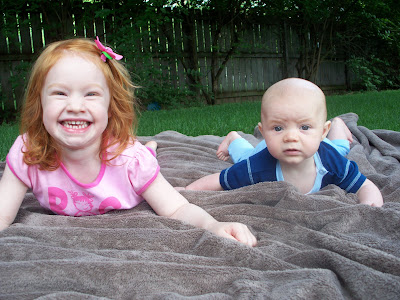 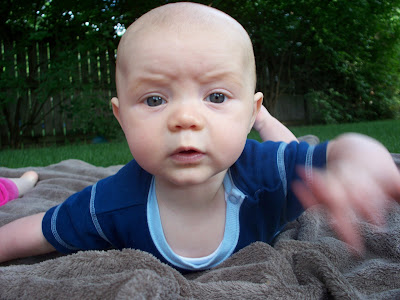 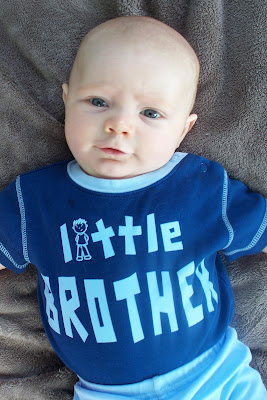 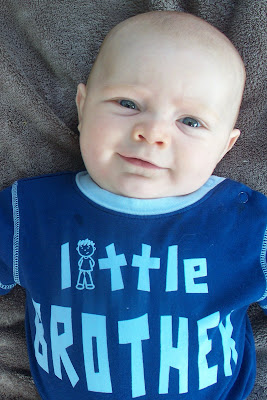 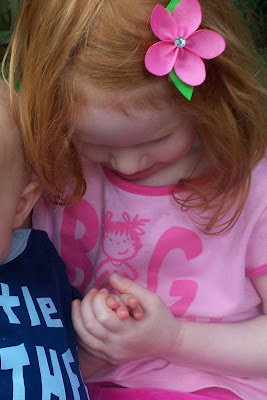 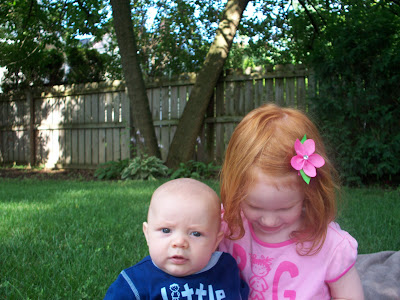 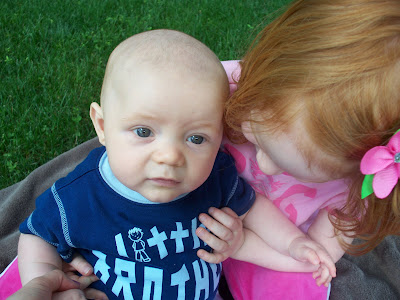 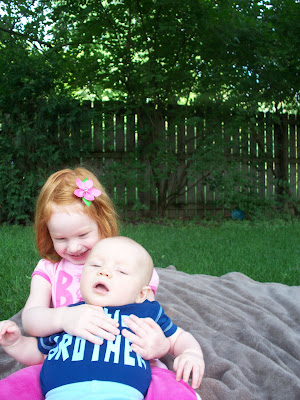 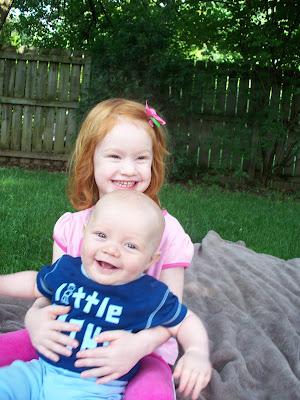 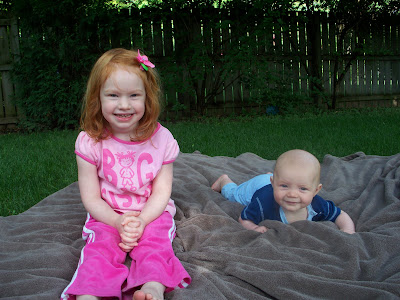 We did a little photo shoot in the back yard with their "Big Sister/Little brother" shirts that the Selby's got for us. We got some cute ones.
Moira funnies:
"Mommy, I can't wear THOSE underwear to bed, they are too stinky and too scratchy, just like a raccoon!" (for the record, there was absolutely nothing wrong with the underwear I wanted her to wear)
"Oh good, Grady is 5 months now! He is big and I can play with him AND throw balls at his head!"
Grady is super graby lately. He rolled over almost 90% of the way today from his back to his belly. He can sit up fairly decently. Oh, and I almost forgot, he has Hand, Foot and Mouth disease. It sounds worse than it is. I guess almost all kids get it at some point, you just might not know b/c sometimes it's only in the mouth or a really mild case, then they are immune to it (I think). I noticed these pimple things on his feet and did some research and yep, that's what it is. It makes sense b/c I had seen a blister or 2 in his mouth last week when I was checking for teeth and he had a mild fever also. It's not a big deal, just a virus. Actually, it can be really painful to them if they get it down thier throat, but he hasn't fussed much about it.
Grady loves it when I jump with him on the trampoline and when you throw him up in the air. He laughs so hard. It's cute.
Moira's new thing is "Let's have a race!" She wants to race everywhere and play tag. That kid is always moving!
My back has been killing me lately from lugging Grady around and trying to do things with one hand and carry him with the other. And it's only going to get worse. He needs to learn to walk soon.
In Meg & Chris news, our 10th wedding anniversary was on Friday! A friend of mine who is getting ready to have a baby asked me a few weeks ago why there are never any pics or stories about Chris and I on here. I hated to tell her that once you have kids, you are the ones taking the pics and your kids are the stories of your life for the most part... But 10th wedding anniversary is definitely worth mentioning. We went to a friends wedding, which was nice and good b/c it was an excuse to get dressed up. Nana and Pop babysat and the kids behaved themselves, which is always good. Actually, Grady slept for 11+ hours that night even though he didn't take a bottle. He must like Nana, the last time he slept that long was when we stayed at their house 2 months ago!
Posted by Meg Hogan at 5:30 PM